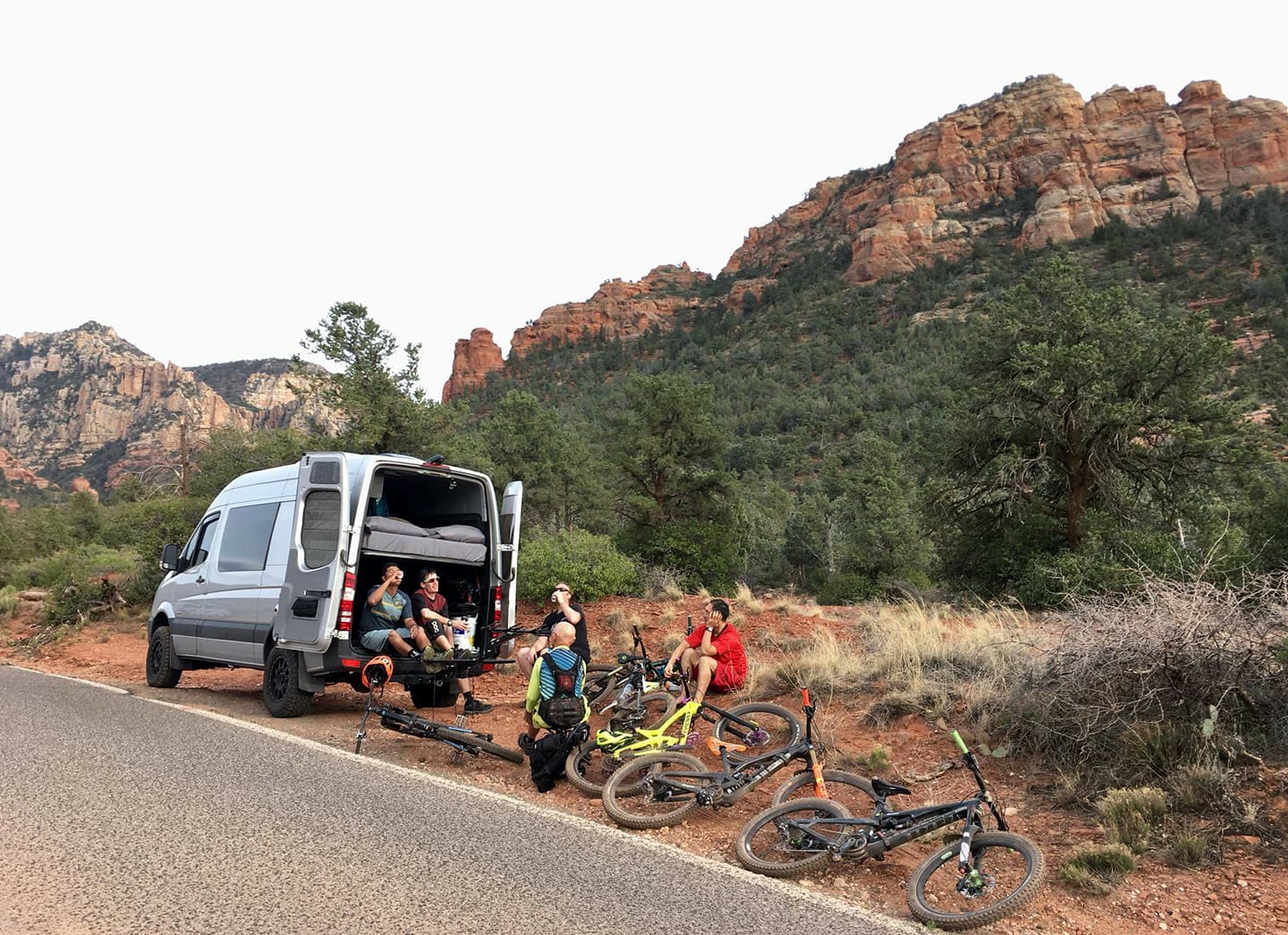 9:39 AM and 67° in Sedona, AZ
One of the more enjoyable aspects of my life as a mountain biker in Sedona, is all the personalities I get to meet and hang out with. I find myself more and more being invited by random visitors to accompany them on their Sedona mountain biking adventures. Being there to witness others seeing and doing extraordinary things for the first time is priceless.
Living in such a beautiful place like Sedona you’d think the feeling of awe one initially gets could never subside, but it has a tendency to happen. It sometimes takes a fresh set of eyes beside you to see the magnificence and grandeur of this area.
A couple of weeks ago I joined in on a Hangover trail ride with a group of guys that were all old friends of one another. They were in the area for a few days and hell bent on getting as much riding in as possible. Their morning ride had been Hiline trail. They rolled up to the Munds Wagon trail head in their Sprinter van, adorned with a slew of blinged out bikes. I could tell they were stoked, but they had no idea what they were in for.
Being from San Diego, some of them were struggling a bit on the climb up due in part I’m sure from having ridden Hiline trail earlier in the day plus the elevation.
The traverse from Schnebly hill road to the the Hangover trail is no cake walk, but this is just a warm up for what is ahead. Once we’d all made it to the Hangover saddle, as always with first timers, they ask where the trail goes from there as it’s not apparent at all. Pointing down the rock face always gets the same blank look initially! Then more often than not, “Really?!! ” Once I’d shown them the line, a few of them were able to pull it off, which is always enjoyable to watch, as for most it’s one of the steepest, scariest things they’ve ever done on a mountain bike. The views from this point are honestly some of the most tremendous you’ll ever experience too.
For virtually everyone that experiences the traverse from the initial plunge to the final plunge is going to be taken on a piece of trail that will remain etched in their brain for the rest of their lives, as it’s not only magnificent but it lives up to the hype as being incredibly difficult. With the cliff to your right, and the views beyond, your senses will truly be heightened. When you finally exit the trees and the trail starts its descent, everything else you’ve just done will will start to pale in comparison. This section of trail is not only steep but has several pretty good sized drops to flat on the way down, especially when you follow me down the lesser traveled lines as two of the guys did. My first time down has faded into obscurity but I’m able to relive it through others. This section never gets old. Once making it down this last plunge it’s mostly business as usual trail, advanced for sure, but not too bad. The couple mile rip down Munds back to the vehicle is always fun. It’s actually one of the faster sections of extended downhill in Sedona, as it winds its way down the drainage through the large Cypress tree grove. I showed them a few alternative local lines on the way back, that unless you know where to look you’ll miss them.
For me, one of the best parts of any amazing ride, is hanging out at the end having a brew and reliving the experience with the group. Knowing that everyone made it through in one piece and being a part of something these people will cherish for years.
Photo Credit: Jimmy Carey

GET UPDATES AND RIDING TIPS! 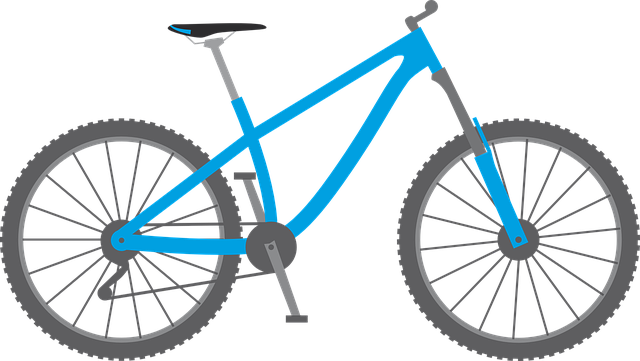 What is Simon up to now? Get on the list and get regular updates, riding tips and other MTB craziness!